Warning: "continue" targeting switch is equivalent to "break". Did you mean to use "continue 2"? in /www1/dfa/www.viewscouldbemine.com/web/wp-includes/pomo/plural-forms.php on line 210
 December 2016 - views could be mine 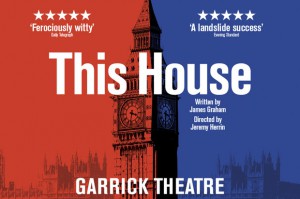 It’s always a challenge to know how to entertain one’s parents on Christmas Eve.  A theatre trip seems like the perfect way to keep them entertained pre the Big Day.  And why not relive their past? So, a sharp comedy about the minority government of the 1970s seemed to fit the bill. Tickets were swiftly booked for This House.

This House begins as Edward Heath calls an election and loses and power transfers to Harold Wilson and his minority Labour government.  The action is all viewed from the opposing whips offices in the Commons as they chase the votes.  Seems the 1970s were a turbulent time: issues with Europe, issues of devolution in Scotland and Wales, unpopular leaders and women wanting to balance their political life with their home life.  Thankfully 2016 is very different…..oh, maybe not.

Seeing This House at the National Theatre I remember a rotating set and members of the audience sat in House of Commons style seating right on the stage.  The audience still manage to get on stage (and seemed to take part in some House of Commons votes!) in the Garrick but no rotating set.  The pace is firmly set by the Speaker of the House keeping you abreast of which latest member of the House has died making the Labour government even more of a minority.

Whether you’re into your politics or indeed remember the events of the 1970s this is a play you simply must go and see.   It’s fast, sharp and funny.  I cannot recommend it enough.  Especially if you have parents in town that need entertaining!

This House is playing at the Garrick until 25 February. Buy tickets online. 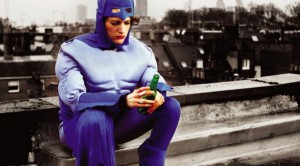 Have you seen Fleabag on BBC Three?  If you haven’t you have a treat in store. Hours of lolz ahead of you. Fleabag on the tv (or on demand online as BBC Three now is) was first a show at the 2013 Edinburgh Festival.  A one woman show that has now been revived and is showing at the Soho Theatre for a very limited run.

Fleabag’s friend has recently died.  A friend who she ran a guinea pig cafe with. She has just dumped her boyfriend and is checking out some new gentlemen callers (some of this show is very relatable for those dating in 2016, for sure).  Her sister is very uptight – not like Fleabag at all.  Her dad is not coping well with two motherless daughters.  He seems so disappointed in his daughter.  Which is a shame as she seemed very kind looking after the drunk girl on the tube who was suffering what some might call a wardrobe malfunction.

Fleabag on stage is brilliantly sharp, quick, warm and belly laughing funny.  No wonder it was commissioned for tv.  It works so well in both formats and I am delighted to have seen it live.  A real treat.

I managed to get tickets at the last minute through returns online. Follow Soho Theatre on Twitter for return announcements or queue for returns.

Fleabag is on at the Soho Theatre until Friday 16 December 2016.