Warning: "continue" targeting switch is equivalent to "break". Did you mean to use "continue 2"? in /www1/dfa/www.viewscouldbemine.com/web/wp-includes/pomo/plural-forms.php on line 210
 August 2016 - views could be mine 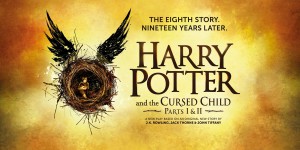 How do you follow a seven book mega film franchise?  Well, with a two part theatre extravaganza, of course. Harry Potter and the Cursed Child is six hours of theatre in one day. And it still goes too quickly.

Tickets for Harry Potter and the Cursed Child went on sale at the end of October 2015.  I queued online for over 2 hours to get my tickets.  I then waited 10 months to actually sit in my seat.  I felt very invested in its success before I had even entered the Palace Theatre.

Not wanting to give anything away, #keepthesecret, this is a play that you must see.  It doesn’t matter that you can’t get tickets until December 2017 – book them now anyway.  You will be on the edge of your seat.  You’ll be blown away by the magic.  It has to be seen.

Tickets can be booked online. 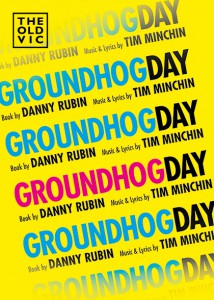 Groundhog Day the movie is a real guilty pleasure of mine.  A film with Bill Murray and Andie McDowell where his day is on loop.  What’s not to love? Knowing the team behind Matilda where working on the musical stage version was reason enough to get excited and ensure I secured some tickets.

For those who haven’t had the pleasure of the 1993 film, Groundhog Day follows the tale of Phil Connors, a local tv man, who is in Punxsutawney on 2 February to see the groundhog turn (it’s a weather tradition thing) and gets trapped by a snow storm.  Waking the next morning it is still 2 February and continues to be so for a long time.  Repeating the day over and over.

Transferring this well known tale to stage, when the audience have such an expectation for such a loved film, must have been a challenge.  A challenge executed perfectly.  The staging, pace, costumes and characters made me love this version more than the film. Tim Minchin’s lyrics and music were wonderfully brilliant and you’ll definitely be looking them up on youtube when you get home.

This is a musical that is smart, funny and as soon as you leave makes you want to book again.  If it doesn’t transfer to the West End I’ll be disappointed.  It needs a longer run and a wider audience.  Expect a sweep of awards at the next Olivier awards.

Groundhog Day is on at the Old Vic until 17 September. Book tickets online.