Warning: "continue" targeting switch is equivalent to "break". Did you mean to use "continue 2"? in /www1/dfa/www.viewscouldbemine.com/web/wp-includes/pomo/plural-forms.php on line 210
 November 2013 - views could be mine 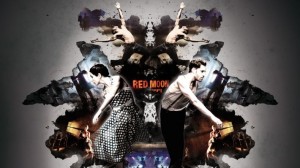 A couple of weeks ago I went to see Punch Drunk.  It’s taken me until about now to work out if I liked it or not.  Punch Drunk is immersive theatre.  It’s not your typical night at a show.

When you arrive at Temple Studios you’re given a brief synopsis of the story.  The Drowned Man: A Hollywood Fable (as far as I could gather) was about two couples from different sides of the track working next to a studio in Hollywood and an affair is taking place.  It’s pretty dark as you shuffle along to where the adventure begins so not much time to take in the story on the print outs.

Then you’re greeted by a jolly tall man with a very good American drawl who explains a little bit more and makes sure everyone is wearing their mask.  (For the whole duration you wear a solid plastic mask.  And you must be silent.)  Ushered into a lift the Punch Drunk adventure really begins.  They are keen you have this experience on your own.  And they do everything they can to separate groups.  My friend and I were separated within 1 minute of the thing starting.  This really pissed me off.  If I’ve chosen to pay almost 40 quid to attend something I would like to decide whether I do it solo and with my pal.

I began wandering around the set that covers many floors.  And I couldn’t find any people.  I made it to the top floor where it was covered in sand  and had a funeral scene set up.  Round the corner was what looked like nuclear wasteland.  At this stage a masked figure emerged from the shadows.  Somewhat frightened I decided to try and find my friend.  After what seemed like a lifetime I located her following one of the main characters.  We followed her story for a while and then decided finding the bar would be a better idea.

Punch Drunk is amazing.  I hated it and loved it within seconds.  The sets were phenomenal.  I would recommend going just to look at them.  I didn’t really understand the story but I guess I didn’t follow enough characters to really do it justice.  You can’t help but be impressed with what they do but I am not sure it is for everyone.  Another friend went to see it a week after me.  Her response was “at least I now know what I don’t like.”  Fair play to her, I say.

Punch Drunk will be on at Temple Studios until the end of December.  Book tickets online.