Warning: "continue" targeting switch is equivalent to "break". Did you mean to use "continue 2"? in /www1/dfa/www.viewscouldbemine.com/web/wp-includes/pomo/plural-forms.php on line 210
 June 2013 - views could be mine

The Forsythe Company Double Bill began with a totally empty stage.  Not a prop or piece of staging in sight.  Then began 30 minutes of….well, at times I felt the four men were flirting with each other, then fighting, then almost acting as each others shadows.  It was a very intense piece.  After the interval there was a burst of colour as dancers leapt onto stage with varying brightness of addidas tracksuit.  The stark stage this time had two mic stands.  A performer would take to a mic and make some pretty crazy noises to accompany the dance.

At times it was a bit harrowing.  One piece was particularly dark and certainly made you feel a bit sad.  Thankfully a very humorous piece followed immediately which had one performer singing what each dancer was doing.  It was silly and so fun.  And a much needed tonic to the previous darker piece.

I think I’d be inclined to agree with the reviewer from the Telegraph – this is maybe one that’s just for hard core contemporary dance fans.  I am not one myself (yet) but I was pleased I’d not take anyone with me as I don’t think it would have been for them.  I loved it!

I wouldn’t rush to see Children of the Sun at the National.  The first half dragged.  There was a mad scientist/inventor who had an unpleasant wife and a sister of a very nervous disposition.  There was then the doctor who loved the nervous sister.  His sister it turned out was in love with the married scientist.  And his unpleasant wife was being pursued by a very pretentious artist.  The only character I cared about was the maid who many of the other male characters were keen on.  But I don’t actually think she had any great bearing on the script…..

The second half gained pace as the villagers began an uprising against them as they believed the scientist has poisoned the water.  At one point the doctor (who loves the nervous sister) is killed.  I was almost pleased as it meant that was one less character on stage.  It did mean the nervous sister was of an even worse nervous disposition…..

The main highlight was staging.  Amazing optical illusion at the beginning of the play where you felt your seat was sinking into the ground.  Very clever.  The bubbling props for the scientist seemed to boil and bubble in all the right times which impressed a lot.  And the explosion that ended the play guaranteed a squeal from most in the audience.

If you want to see it buy tickets from the National Theatre until 14 July.  I got mine 15 minutes before the performance for £10.  Again showing the National to be the best place to get great priced tickets.

Last night I headed to the least exclusive members club in town: H Club.  It is the latest comedy showing from Holly Burn.  Holly has been doing  great stand up for the last few years – including a show in her own home!  I have been to a 3 or 4 shows over the years and always found them a great night out.  Holly always pushes the boundaries and isn’t scared to try new things out.   The H Club is on for another month at the Leicester Square Theatre so do go and see it.  Although if you do maybe avoid the front row!!

Do take a read of the Guardian’s review 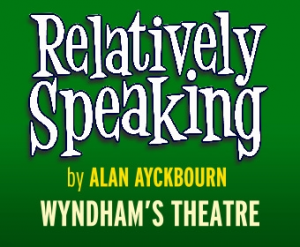 What a great farce Relatively Speaking is.  Kara Toniton has a new chap but is trying to end it with her previous fella (who is a little older!).  The new chap heads to an address that he thinks is her parent’s house.  It’s not.  It’s where the older fella and his wife (Felicity Kendall) live.  It’s all very daft but so, so amusing.  Felicity Kendall is so warm throughout that it made me want to put re-runs of the Good Life on as soon as I got home.

Go see as soon as possible!  It is on until 31 August.

Read some reviews of Relatively Speaking in the Guardian, Telegraph 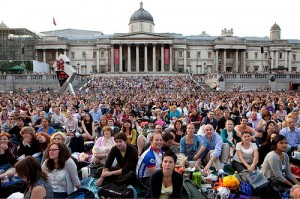 Get your pac-a-mac out along with some warm winter clothes as tonight it’s time for some summer open air ballet.

The Royal Opera House will be screening Mayerling in 14 locations across the country.  It is free to attend although maybe get there early for population locations like Trafalgar Square.  The Royal Opera House (in partnership with BP) will be hosting 3 screenings in the coming weeks so try and get along to your local town square to catch one.

Screening live theatre, ballet and opera on open air screens or in local cinemas is such a great step for the arts.  The National Theatre have had  screenings of popular plays The Audience and This House at cinemas across the UK.  Good to know I can go see these plays in London and have my parents see the same thing at their independent cinema in Hexham.  Let’s hope this continues and is extended to more theatre and dance productions.

As arts organisations battle for government funding they need to show that they are for all and not just for the elite in London.  The arts being elite is something that irritates me.  Nothing is off limits in this country and don’t ever think it is.  To attend a ballet or opera at Covent Garden is no more expensive than the football or indeed a gig at the 02.  It would never be argued that they are elite locations, would it?  This is what is so great about the free open air ballet, opera and theatre.  It gives a much wider audience a taste of what is on offer.  They can then head on to a live stage performance knowing what they’re going to enjoy.

Little teaser for the Northern Soul film that hopefully is in cinemas soon. 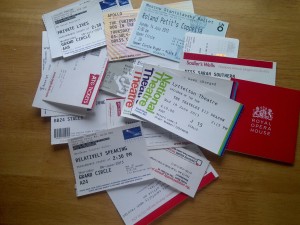 Seeing a show in London need not be expensive.  Yes, you can save yourself some time and hassle and book an expensive ticket online but where is the fun in that???  I queued for 90 minutes in the rain and cold the other week to see Peter and Alice (the play itself is only 90 minutes long…..) and nabbed a £10 ticket.  Although I couldn’t feel my feet for the majority of the performance I felt I snagged a bargain.

The National Theatre regularly has shows with a good number of £12 tickets – available in advance online or on the day at the box office.  As the National’s plays head to the West End this still happens.  If you want to see The Curious Incident of the Dog in the Night Time, War Horse or One Man Two Guvnors you should be able to get day seats for £12.    They go on sale at 10am from the box office.

Check other shows for what they offer.  Billy Elliot, for example, offer cheaper day seats each day.  If there is a show you want to see head into the box office and ask the staff for their advice.  What time do people queue up from?  What day is less popular?  What time do the returns queue start?  These people love theatre and want to help you see the amazing show that is on at their venue.  They will be helpful and do what they can so you get a good seat. 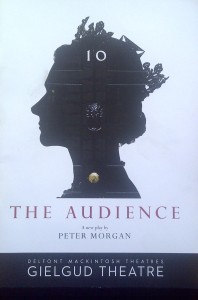 Only a few days remain for Helen Mirren’s run with The Audience.  Do try and see it if you can.  It is a marvellous play that Mirren once again reprieves her role as Her Majesty perfectly.  The script is updated regularly to stay relevant with what is actually happening in Westminster.  Raucous laughter from the theatre ensued when “swivel-eyed loons” were mentioned on my visit.

If it is sold out online (which I am sure it will be) queue for day tickets at the box office from 10am or for returns (probably from 4pm).  Or you could pop to your local cinema and watch it as part of the National Theatre Live.

Tickets for Book of Mormon have been difficult to come by.  Well, difficult to come by a cheap ticket at least.  Thankfully, the chaps at Book of Mormon do a ticket lottery before each performance.  It’s quite a giggle to go and do.  Three very charismatic and friendly young men dispense forms to punters to complete and post in the tombola.  They get the crowd psyched up and very much encourage some whooping and wailing when your name is drawn.  (You can even follow them on Twitter…..)  So, it was 4th time lucky for me to get drawn for 2 £20 front row seats.  Yippee. 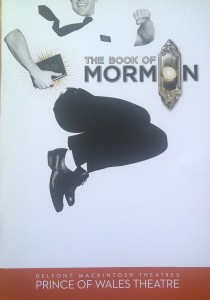 The show was offensively brilliant.  At times I had my hands over my face in shock at what they were singing.  It was clever, witty and down right bizarre at times.  But very, very funny.  Perhaps not one to take your folks to if they’re in town….unless they’re fans of swearing.

The show has been a huge success in New York and has been pretty much sold out since it opened in London in March.  When I queued up for the daily lottery there were over 100 people there each time.  A real sign that theatre in the West End is just as popular and vibrant as ever.

Tickets for Book of Mormon can still be bought online but do give the Lottery a whirl too.  Get to the theatre (Prince of Wales, Coventry St) for 5pm and they do the draw at 5.30pm. For matinees (Sat and Weds) they draw at 12.30pm. 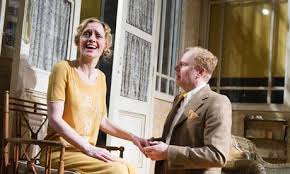 Strange Interlude is a long play.  Over 3 hours.  The Pulitzer winning play from the 1920s was originally over 5 hours.  Perhaps to be seen over a few nights.  Or at least with dinner in between!  I’m pleased the National Theatre chose to edit it down as to be honest their seats aren’t that comfy.

But my numb bum aside it is a well acted and thought provoking play.  I only went as I like Anne-Marie Duff.  She was great.  The first 40 minutes or so seemed slow….I even spotted the odd person escape… but as the interval arrived so did my desire to know what was to happened to “poor old Charlie”.

Strange Interlude focuses around Nina who has lost the love of her life in the war, Gordon.  She ends up marrying the nice but less than suitable Sam.  Sadly Sam has an unknown secret.  Madness runs in his family.  Sadly Nina is already pregnant with Sam’s child.  She also decides to begin a love affair with Ned.  Somewhere along the line the baby is lost and she is pregnant again with Ned’s child.   All the male characters in this play are just obsessed with Nina.  Charlie, Ned and Sam all have an unwavering affection for Nina.  At times you do wonder why.

The performance is a mixture of dialogue and soliloquies.  You constantly feel as you’re in on the plotting of each of the characters.  Especially with Charlie who seems to have the most obsessive love for Nina but dipped in the wittiest cynicism.

Tickets available at National Theatre.  It is playing until 1 September.

Read some of the reviews of Strange Interlude in the Telegraph, Evening Standard and Guardian